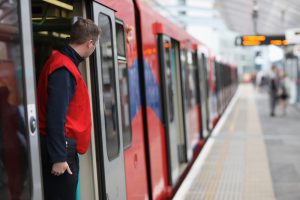 Commuters who use public transit in Massachusetts should be able to count on a general level of safety while using the public services. Although not all accidents or injuries can be prevented, it is reasonable for members of the public to expect basic and consistent protections when using potentially dangerous transit services. Sometimes, mistakes are made and innocent members of the public are tragically hurt or killed. The National Transportation Safety Board has released a preliminary report on an incident that occurred last month where a man was killed after his arm was stuck in a subway door while the train departed the station.

According to a local news article discussing the incident and subsequent NTSB investigative report, the incident occurred in the early morning hours of April 12 at the Broadway Station on the Red Line MBTA subway. A 39-year-old man was attempting to exit the train when one of his arms became stuck in the door. The man was unable to remove his arm, and the train left the station, dragging the man over 100 feet along the platform and onto a lower surface near the tracks. Once authorities arrived, the man was pronounced dead on the scene.

The NTSB investigation noted that the MBTA trains are designed with a safety feature that would prevent the train from leaving a station if the door was not fully closed. According to the report, there was a “short circuit” in the train’s safety systems, and the error allowed the train to depart with the door open and the passenger stuck outside the train. In addition to the electronic safety features on the train, the article noted that the train operator should ensure that all doors are closed and clear of passengers before departing the station. Because these two independent safety methods failed, a preventable incident became a heartbreaking tragedy.

Victims of negligence by a public agency or employee may be entitled to significant damages to compensate them for their injury or loss. It is important to know, however, that pursuing a claim against a public entity or employee can be more complicated and difficult than pursuing a similar claim against a private party. Governmental agencies and employees are entitled to limited sovereign immunity, which means citizens may be unable to proceed with a lawsuit against the defendant unless certain conditions are met. Government agencies have entire legal departments dedicated to using sovereign immunity to allow them to avoid liability for the negligent or reckless acts of their employees. Challenging a sovereign immunity defense requires a disciplined and coherent legal strategy and the help of a skilled attorney.

Have You Been Injured?

If you or a loved one has been injured or killed in a Massachusetts public transit accident, or by any other act of public or private negligence, having a qualified legal team by your side can make the difference in your case. The dedicated Massachusetts personal injury and negligence attorneys at the Neumann Law Group are experienced in obtaining damage awards for our clients from both public and private entities. With our advice and representation, you can be confident that you’ll receive the compensation that you deserve. The Neumann Law Group represents clients in most Massachusetts tort cases, including wrongful death claims. Contact us today at 800-525-6386 to schedule a free consultation and discuss your case.