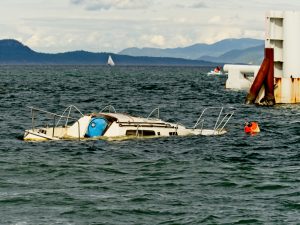 A person who negligently operates a motor vehicle or watercraft can be subject to both civil and criminal liability for their conduct, allowing two or more court proceedings to proceed simultaneously in response to a single incident. Although the procedures, burdens of proof, and consequences of liability for criminal and civil claims against a negligent party may vary, both types of cases play a role in holding reckless or negligent people accountable for their actions. A recently published news report discusses criminal charges being brought against the operator of a watercraft that was involved in a fatal crash near Boston harbor this July.

According to the news report, the operator of a boat that crashed into a fixed navigational beacon and ultimately sunk is being charged with manslaughter as a result of the incident. These criminal charges are proceeding independently of any civil claims that may be brought by the family of the woman who drowned after the crash. Criminal and civil claims based on negligent conduct follow different procedures from each other.

A criminal complaint is brought on behalf of the government (usually a state or municipality) in response to alleged criminal conduct. Unlike a civil suit, a criminal conviction does not necessarily require any victim to suffer an injury, meaning that a reckless motorist can be convicted of a crime for their conduct even if nobody was injured during the incident. Criminal convictions, however, do require the government to prove their case beyond a reasonable doubt, which is a higher burden of proof than the standard needed to prove civil liability (civil liability must only be proven by the preponderance of the evidence). Because of this higher burden of proof, criminal convictions are generally more difficult to obtain than a civil judgment.

END_OF_DOCUMENT_TOKEN_TO_BE_REPLACED 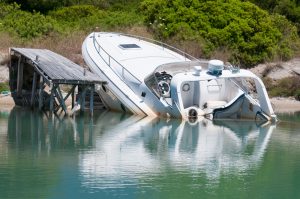 As the weather heats up in New England and people are out in our waterways for recreation or work, the risk of accidents on the water increases. Massachusetts boating accidents and collisions can be especially deadly when passengers are ejected from a watercraft into open water as the trauma from a crash is compounded by the risk of drowning. A local news report discusses a recent boat collision in Boston Harbor that resulted in the death of a 27-year-old woman.

According to the report, a boat with eight people on board collided with a fixed navigational beacon that was in the harbor. The collision sent all eight people into the water. After emergency responders were notified of the accident, Coast Guard and other authorities were able to rescue seven of the occupants. The last occupant was not found until the next morning when her body was recovered from the harbor. The article does not state if any of the occupants of the boat were wearing life jackets at the time of the crash or if intoxication was involved in the cause of the accident.

Navigating crowded or shallow waterways can be very dangerous, especially at night. All occupants of a boat should be wearing life jackets at all times the boat is in motion, and the operator of the craft must be careful to avoid potential hazards, as not all features or beacons are illuminated at night. In the event of an accident that results in injury, death, or drowning of a passenger, the owner or operator of the boat may be liable for the damages incurred.