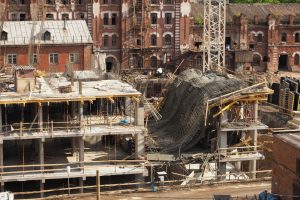 Urban construction and demolition work can be extremely dangerous for workers and the public. The use of heavy equipment, the risk of falling, as well as environmental hazards can place people in the vicinity of a construction project at risk. As economic development and gentrification continue to change the landscape of many Boston neighborhoods, the dangers of hurried construction projects could continue to increase. A Boston-area news source recently discussed a building collapse at a former South Boston power plant which left three workers injured.

According to the facts discussed in the news report, the former Edison Power Plant in South Boston has been undergoing demolition, as the area is being developed into an economic zone that includes offices, residences, a hotel, and many restaurants and businesses. Earlier this month, construction crews were performing the demolition when a portion of flooring above the workers collapsed. Three workers were trapped below. Two of the workers escaped relatively easily, but the third was buried in the rubble. After an “extensive extraction operation” which included over 100 firefighters, the third worker was removed and transported to a hospital with life-threatening injuries.

Seeking recourse for workplace injuries can be a difficult and complicated endeavor. Most Massachusetts employers are required to carry workers’ compensation insurance to cover the medical expenses and partial lost wages related to an employee’s injury on the job. While the workers’ compensation coverage can be beneficial to an injured employee, such coverage is not designed to compensate injured employees for all of their losses related to an injury on the job.

END_OF_DOCUMENT_TOKEN_TO_BE_REPLACED 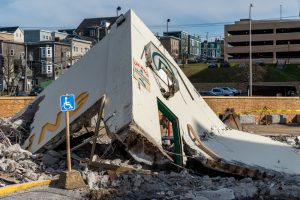 Population growth and a red-hot housing market have affected the quality of infrastructure in many northeastern U.S. metropolitan areas In the Boston area, infrastructure improvements have not accompanied population growth and private economic development, threatening the safety of residents and commuters alike. A local news report discusses a recent construction accident in Boston that killed a 51-year-old construction worker and left municipal services disrupted.

According to the local news report, the Government Center Parking garage on Congress Street in Boston collapsed last month while the building was under renovation. The deceased construction worker was operating a piece of heavy equipment on the top floor of the garage when the building partially collapsed, causing the man to fall nine stories to his death. The heavy equipment he was operating also fell and was destroyed, however, the article does not mention any other injuries or deaths.

Hazardous jobs such as construction work have inherent risks that workers generally accept before agreeing to perform a job. By choosing to engage in a risky job or activity, a person may be giving up some rights to the expectation of safety. A worker who chooses to perform a dangerous job does not give up all their rights. If a construction worker is injured or killed in an accident that was the result of the negligence of another person, that person cannot be relieved of liability for their negligence simply by claiming that the job was dangerous.

END_OF_DOCUMENT_TOKEN_TO_BE_REPLACED 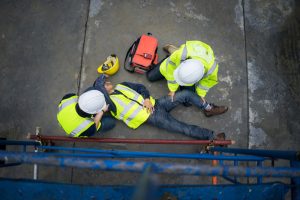 Construction workers and anyone in the vicinity of a construction site should be aware of the various hazards at these locations. However, despite awareness, safety equipment, and avoidance, these locations are inherently dangerous, and Massachusetts construction accidents continue to result in serious injuries to many people every year. Many construction site accidents involve falling equipment or debris. The most common falling objects include tools, machinery, equipment, materials, supplies, and demolition debris. The height of the fall often makes even small objects a serious danger.

While some accidents are unavoidable, the majority of these situations are preventable and involve negligence. These accidents may occur because of insufficient barricades, insufficient warning signs, improper tool or equipment use, defective equipment, improper stacking, and inspection failures.

For instance, a local news report described a recent accident at a Boston University construction site. According to investigators and University Officials, erector crew errors were to blame for the accident that sent steel beams tumbling. One of the 44-foot beams was improperly constructed, which caused it to fall and slam into other beams. The initial fall resulted in a harrowing domino effect on the construction site.

END_OF_DOCUMENT_TOKEN_TO_BE_REPLACED

Construction is a critical component of the economic and societal growth of an area. As such, those who engage in this crucial industry should receive protection and compensation after an accident. Many construction site injuries result from electrocution, falls, blunt force trauma, burns and exposure to various worksite toxins.

For instance, a national news report recently described a devastating Boston construction site accident. Police responded to a call alerting them to a motor vehicle accident. When they arrived, they discovered that a dump truck hit two people, causing them to fall into a trench. Unfortunately, both individuals were pronounced dead at the scene of the accident.

END_OF_DOCUMENT_TOKEN_TO_BE_REPLACED 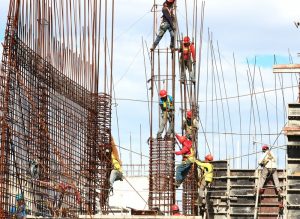 Construction sites are some of the most dangerous workplaces in Massachusetts. There are countless dangerous situations in on a construction project. Not only workers are in danger, individuals walking, or even driving by the worksite can be injured as well. Accidents happen all too often.

Construction site injuries are often serious and sometimes fatal. Negligent operation of heavy equipment, falls, or electrocution are just a few life-threatening events that happen on construction sites. Even a small hand tool falling from height can change someone’s life forever with loss of life, loss of limb, or other permanent disability. The impact of a serious injury extends well beyond the worker to their family and dependents.

If you have been injured, you should promptly report the injury to your supervisor, or if you are a self-employed contractor, the general contractor or landowner. Interviewing witnesses in the immediate aftermath when their memory is fresh may be critical to a legal case–experienced attorneys are trained to ask the most important questions in these situations. It is also imperative that you seek medical attention as soon as possible. Delay in medical attention is often used against the injured party at a later date, claiming the injury is faked or not severe. Additionally, the accident should be reported to the appropriate governmental authorities. However, interactions with entities like the Occupational Safety and Health Administration, should be handled with care. Legal counsel can help you navigate these meetings.

END_OF_DOCUMENT_TOKEN_TO_BE_REPLACED

A defendant and a third-party plaintiff, C M & B, Inc. (CMB), a general contractor, appealed from a judgment dismissing its indemnification and related claims against its subcontractors Ferreira Concrete Forms, Inc. (Ferreira), and Laserdig. The trial judge ruled, among other things, that the indemnification claim was barred by a governing Rhode Island statute. The Massachusetts Appeals Court agreed and affirmed.In 2009, CMB, having contracted with a property owner to construct a retail store in Rhode Island, subcontracted certain concrete work to Ferreira and certain underground utility work to Laserdig. The subcontracts specified that they were to be construed in accordance with Rhode Island law, and they included indemnification clauses. The owner separately contracted with Meade Construction, Inc. (Meade), to perform certain roofing work.

On September 13, 2009, just as Meade was about to commence work, a tree fell on the partially completed building. Since time was of the essence, CMB asked Laserdig if its on-site personnel could assist in clearing the tree, and Laserdig agreed. Although Ferreira had largely completed its concrete work and had no employees on the site that day, Ferreira and Laserdig were under common ownership and sometimes loaned each other their employees as circumstances required. Accordingly, the common owner decided to loan a Ferreira employee to Laserdig in order to assist the other Laserdig employees, as well as CMB and Meade, in clearing the tree. In the course of this work, Meade placed a ladder against the building but did not sufficiently secure it, nor did CMB safety-check it. As the worker climbed the ladder, it slid to one side, causing the worker to fall and suffer injuries.