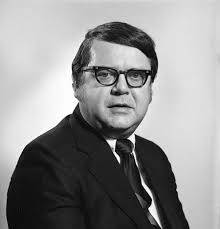 Neumann Law Group is accepting new clients who were sexually assaulted by Dr. Robert E. Anderson, university physician at the University of Michigan. Our firm successfully sued Michigan State University on behalf of survivors of the shockingly similar predator, Dr. Larry Nassar. Our firm is committed to advancing the rights of individuals who suffered because the two of the most vaunted educational institutions in America failed to protect the students charged to their care.

Dr. Robert E. Anderson (deceased, 2008), who worked as a physician for the University of Michigan from 1968 through 2003, is at the center of numerous allegations of sexual assault. The university is now the subject of a federal lawsuit, brought by a survivor of his abuse, alleging the school had knowledge of the doctor’s predilections, and rather than protecting the vulnerable students, U-M protected him. The university allowed him to continue his pattern of assaults for several decades.

Survivors describe Anderson’s behavior began during the draft era of the Vietnam War. The first step in being drafted was receiving a physical. Anderson offered to write students a letter stating that the potential draftee was homosexual, a declaration that at the time disqualified an otherwise suitable candidate for compelled military service. However, he demanded sexual favors in return—something that was well known in the Ann Arbor gay community at the time.

END_OF_DOCUMENT_TOKEN_TO_BE_REPLACED 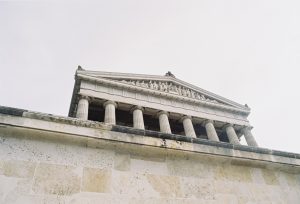 One out of five girls and one out of twenty boys are sexually assaulted. This figure may be much higher, as child sexual assault is frequently not reported, only revealed later in life when the adult can express what the child could not. Other times, the abuse is never reported. Whether or not reported, sexual assault causes grievous injury to the child. Children are among the most vulnerable of victims, but until recently, many states’ statutes of limitation were ill suited to redress survivors of childhood sexual assault.

In New York, prior to August 14, 2019, a child survivor of sexual assault had to file a civil suit for damages before his or her 23rd birthday. That window was as short as one year for certain types of claims. Claims against public institutions were even more restrictive, requiring the victim file a notice of claim within 90 days of the injury. Fortunately, on August 14, 2019 the New York Child Victims Act went into effect.

Going forward, a civil suit may be filed at any time until the survivor of sexual assault turns 55. This portion of the Act applies to claims that have not yet been extinguished under the old statute of limitations. In other words, individuals under the age of 23 (or younger, depending of the specific claim) will have until they turn 55 to file a claim. Essentially, young persons that are not ready to discuss their sexual abuse, have until their 55th birthday to bring suit.

END_OF_DOCUMENT_TOKEN_TO_BE_REPLACED

A plaintiff identified only as “Jane J.” filed suit against the state of Massachusetts under the Massachusetts Tort Claims Act (MTCA). She alleged that while she was involuntarily committed to a state psychiatric hospital, a male patient raped her while she was in the recreation room. The issue before the Massachusetts Court of Appeals was whether the hospital’s failure to segregate its patients’ use of the recreation room by gender established legal causation for the rape. The appeals court concluded that it did not and accordingly affirmed the order of summary judgment for the state.In March 2009, Jane J. was committed to the state hospital for a competency evaluation after being charged with assault and battery, pursuant to Massachusetts General Law Section 15. In her lawsuit, Jane J. alleged that roughly a month into her commitment, a fellow patient raped her in the common room.