“Whatever you do, take care of your shoes.”

END_OF_DOCUMENT_TOKEN_TO_BE_REPLACED 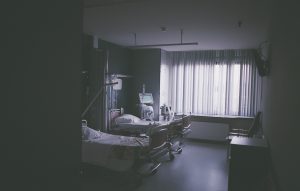 In the 1990s, the use of a neurovascular stent for a procedure call “stent-assisted coiling” was considered a breakthrough treatment for treating brain aneurysms. The medical device offered a non-surgical method to address weak spots in blood vessels in the brain. An aneurysm occurs when a weak point in a vessel allows blood to bulge out the vessel wall. If the aneurysm bursts, it can cause traumatic consequences, particularly when the aneurysm is located in the brain.

A non-stent assisted coiling treatment for an aneurysm involved running a stint from a patient’s leg up into the location of the aneurysm in the brain. The catheter would then inject a string of soft platinum into the aneurysm, which coils upon itself within the “bubble” of the aneurysm. After the platinum was fully deployed, the blood in the aneurysm clots along the coil and eventually fills the either aneurysm, such that is no longer poses the threat of rupture.

The procedure described above worked well, unless the aneurism had a “wide neck.” Where a normal aneurysm looks like a bubble stuck on the side of the vessel, a wide neck aneurysm looks more like a semi-circle. Instead of having a small weak spot in the vessel bulge out into a bubble, the wide neck variety involves a larger weak spot that expands the vessel in a distorted manner. Introducing the platinum coil into the aneurysm is not feasible, as the coil is too exposed to the blood flow and will not remain in place.

END_OF_DOCUMENT_TOKEN_TO_BE_REPLACED

3M is an enormous multinational conglomerate headquartered in St. Paul, Minnesota. The company is thoroughly diversified but is known most for manufacturing a wide range of products, including adhesives, abrasives, dental and orthodontic products, electronic equipment, software, and personal protective equipment. The company is presently suffering through the consequences of poorly designing certain personal protective equipment issued to the United States’ Armed Forces.

From 2003 through 2015, 3M produced protective earplugs for the United States Army, Navy, Air Force and Marines. The earplugs were marketed as being effective at blocking dangerously loud sound, such as the sound of small arms and heavy weaponry fire, while still permitting users to effectively communicate verbally and hear approaching enemy combatants unimpeded.

The earplugs did not live up to the marketing. Due to a 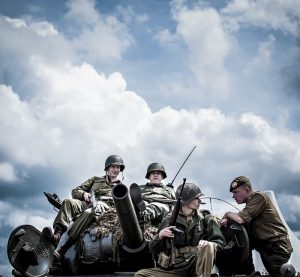 design flaw, the earplugs would loosen after insertion breaking the seal over the ear canal, allowing dangerous sound to penetrate and damage the inner ear. More astounding are the allegations that 3M knew about the defect as early as 2003, yet refused to recall, or even redesign the product until 2015. By 2006, several years after the defect was allegedly known, 3M’s contract with the United States government supplied an estimated 750,000 pairs of earplugs to the armed services on an annual basis.