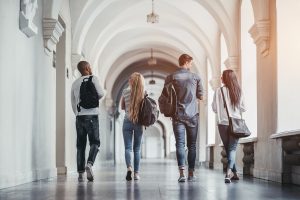 This tragic case involves a 25 year old graduate student who was living off campus while studying marketing. A couple of years before his death he sought help with test taking from his academic advisors. His advisor recommended that he take advantage of the services for students with disabilities, but he declined. He was also referred to the mental health and counseling services on campus.

While he went to a few mental health appointments, the young man said that he found the appointments to be “useless,” and believed his test taking problems were unrelated to his mental health. He did disclose that he suffered from depression and had previous suicide attempts but did not currently have suicidal ideation. He also stated that he was seeing a private psychologist.

To prevail on a wrongful death claim, the plaintiff must prove that the defendant had a duty that they breached, among other things. Generally, no one has a duty to another person to prevent them from killing themselves. However, there are some times when there may be a duty. For example, corrections officers likely have a duty to keep suicidal inmates away from dangerous implements they could potentially use to kill themselves. It is up to the plaintiff to establish that there was a duty.

They noted that in graduate school the students are adults. Thus, the in loco parentis (in place of parents) relationship that schools have with young children is significantly different than the relationship between a college and its graduate students. The court concluded that there are only certain circumstances where a university has a duty to prevent a student’s suicide. Those are when they have actual knowledge of a suicide attempt right before or during attendance at the university, or knowledge of a student’s plan to commit suicide. As neither of those circumstances apply in this case, the college’s motion for summary judgment was granted and the case was dismissed.

If you have lost a loved one due to the negligence of another party, the attorneys at Neumann Law Group may be able to help you recover the damages you deserve. The experienced Massachusetts wrongful death attorneys at Neumann Law Group serve Boston, Canton, Worcester, and other areas in Massachusetts. Schedule your free consultation today by calling (617) 918-7790 or use the contact form on this website.