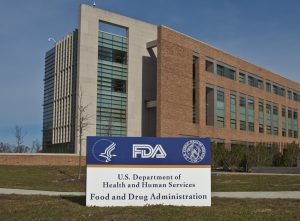 At that point in time, hysterectomies were almost uniformly conducted laparoscopically—approximately 500,000 women per year. Laparoscopic procedures allow a surgeon to perform many types of surgical procedures without the need for a large incision. When performing a hysterectomy, the surgeon would remove the uterine tissue through a small incision, limited the invasiveness of the procedure and minimizing scarring.

In order to remove the uterus, a device called a power morcellator was used to cut the tissue into fine pieces that could then be removed through the small laparoscopic incision. The morcellator uses a small, rapidly spinning blade, to slice tissue. Morcellation, by its very nature, spreads the cells of the affected tissues throughout the local area in which it is operated. While this poses no concerns where the morcellated tissue is not malignant, in situations, such as Dr. Reed’s, where a small number of malignant cells have been encased in fibroid tissue, the spinning blade releases those cancerous cells to disperses throughout the lower abdomen.

Dr. Reed and Dr. Noorchashm were not told about the use of the power morcellator until after they received the biopsy results. As medical professionals, they recognized the disastrous consequences of morcellating malignant tissue and immediately undertook aggressive cancer treatment. At the same time, the shock and anger of what had happened drove the couple to rail against the medically accepted procedure.

They began their activism though a campaign to inform medical professionals and administrators of the dangers of morcellating fibroids. The scope of their efforts ranged from contacting the FDA, AMA, hospitals, medical practices, individual doctors—they even reached out to lawmakers in an effort to garner support for an institutional change. Dr. Noorchashm discovered other women that had experienced the same devastation, reached out and discussed their cancer diagnosis with them.

The fierceness of their protest was not received well. In fact, it turned former colleagues against one another. When Dr. Reed returned to Brigham and Women’s Hospital, the administration directed a security guard to first search their belonging and then follow her and her husband while Dr. Reed underwent a procedure. Fortunately, a call to their lawyer, and a judge’s injunction, stopped the unusual, and unnecessary, monitoring.

Dr. Noorchashm also suffered for his advocacy. His career was derailed due to his consistent criticism of Brigham and Women’s Hospital gynecology department. Prior to that, he had been on the track of advancement within the hospital, portending a promising career. However, the challenges became unbearable, and the couple moved away from Massachusetts to Philadelphia. Despite their personal struggles, however, their efforts were not in vain.

The FDA had not received any reports of the spread of cancer through morcellation prior to 2013. Dr. Reed’s efforts brought it to the agency’s attention. After researching the problem and developing data, the FDA determined that morcellation of cancerous tissue likely occurred in as many as 1 in 350 women undergoing the procedure. This immediately led to questions about why the problem was not detected earlier, which are still outstanding.

Soon after the FDA published these findings, the largest producer of power morcellators, Johnson & Johnson, pulled the product in a major recall. The FDA recommended the device not be used in most types of fibroid surgery, and that practitioners should disclose the dangers and risks associated with its use to any patient undergoing a morcellation procedure. The use of the product dropped significantly with Johnson & Johnson’s recall and the FDA warnings, but other manufacturers continue to produce morcellators, as some medical professionals still considered it the most effective means for performing hysterectomies.

Drs. Reed and Noorchashm successfully lobbied Congress to engage the nonpartisan Government Accountability Office to investigate the matter. In its final report, the GAO faulted physicians for underreporting bad morcellation outcomes, which in turn implicated the FDA’s self-reporting system of monitoring the procedure. In response, the FDA overhauled its procedures for gathering data.

Information also came to light which suggested Johnson & Johnson had been informed of the possibly catastrophic effects of fibroid morcellation before the recall. The implications were such that the FBI initiated a probe of the situation, although it never grew into a full-blown investigation. The probe revolved around a communication from a pathologist, Dr. Robert Lamparter, to Johnson & Johnson years before the voluntary recall in 2014 that outlined the dangers inherent in morcellation. Further inquiry revealed that an FDA officer, Dr. Daniel Schultz, expressed concern over the morcellator in a January 1995 phone call. The same day, he wrote a summary for the approval record that the device “must be used with an appropriate tissue extraction bag for malignant and other tissues which are potentially harmful if disseminated within a body cavity.”

In sum, the actions arising out of Dr. Reed’s tragic death lead to the recall of a dangerous medical device, and an institutional rethinking of the manner in which medical devices are approved for use, and the manner in which they are subsequently monitored for adverse effects. The medical community looks at morcellation of uterine fibroids very differently because of Dr. Reed’s and Dr. Noorchashm’s efforts. Nevertheless, women continue to come forward with new claims of advanced uterine cancer resulting from the device’s use. Johnson & Johnson has settled numerous lawsuits, some in the seven-figure range, resulting from their power morcellator device.

Although medical devices will always balance risk versus utility, as all medical procedures, thorough review of the consequences of the products use and routine monitoring to search for unexpected consequences should unquestionably be the guiding light for the FDA and medical practitioners.

This blog relied upon the following source material: