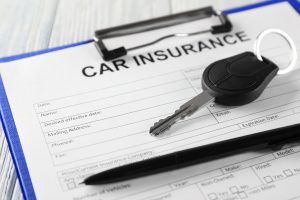 Massachusetts personal injury victims can suffer devastating consequences if an insurance company rejects their claims for coverage. In a recent case before the Appeals Court of Massachusetts, the court had to determine whether the plaintiff was considered a “household member” in order to be eligible for coverage.

According to the court’s opinion, the plaintiff was injured in a serious car accident while he was a passenger in a vehicle. The plaintiff was hospitalized for four days, and incurred medical bills of more than $40,000, as well as a long-term disability. The plaintiff accepted a settlement with the driver for the full extent of the driver’s insurance policy of $100,000.

Evidently, at the time of the accident, the plaintiff lived with his girlfriend and their minor son in a home with his girlfriend’s mother and stepfather. The mother and stepfather had an insurance policy that covered two cars used by residents of the plaintiff’s home. The policy provided $250,000 of coverage per person in underinsured motorist coverage for damages caused by a person who does not have sufficient insurance to cover someone’s damages. The plaintiff filed a claim under this policy.

Court Finds Plaintiff Was Not a Household Member

The court considered the ordinary meaning of the phrase “related by blood,” and stated that it generally means there is a genetic relationship between two people. It found that in this case, there was no genetic relationship between the plaintiff and the policyholders. Although the plaintiff maintained there was a blood relation through the plaintiff’s son, the court explained that the policy did not state that it covered someone “who is related by blood to someone you are related to by blood.” The court explained that the policy made clear that it included stepchildren and foster children, which would not have been necessary if they would have been covered under the general definition of a household member. Therefore, the court rejected the plaintiff’s interpretation, and found he was not covered under the policy.

If you have been injured in a Massachusetts car accident that was caused by someone else’s carelessness, you may be entitled to monetary compensation for your damages. The Neumann Law Group represents victims and their families in work injuries, car accidents, slip-and-falls, product liability cases, and other general liability cases across Massachusetts. The dedicated Massachusetts personal injury lawyers at the Neumann Law Group have a track record of success and will do what it takes to obtain the most favorable result for their clients. Contact us at 617-918-7790 or through our online form.