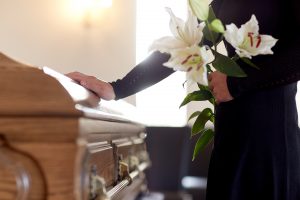 The police are supposed to serve and protect citizens, but sometimes things can go wrong. In this tragic case, a Massachusetts State Trooper shot and killed a man who was threatening to kill him. Representatives of the deceased man brought this wrongful death suit. In certain circumstances, citizens may be entitled to damages from law enforcement after a wrongful death or other tort actions. Your experienced Massachusetts wrongful death attorney can help you to understand your rights in this regard.

The defendants moved for summary judgment. Summary judgment motions will be granted when there is no issue of material fact between the parties. In other words, both sides agree on the basic facts. For summary judgment to be granted, the moving party must also show that even when the facts are looked at in the light most favorable to the other party, the moving party is still entitled to judgment as a matter of law. In this case, both sides agree on the essential facts of the case.

A man was driving erratically when he was pulled over by a trooper. Unbeknownst to the police, he suffered from severe mental illness. Another trooper came and the man began to lunge at him with a pen and threatened to kill him. After pepper spraying the plaintiff twice without slowing him down, the plaintiff continued to lunge at the trooper. Another trooper pulled up and saw the plaintiff with something in his hand lunging at the officer. The trooper that came on the scene shot the man twice and he died from his injuries at the hospital.

The court also noted that even if the officer did use excessive force, he would have been covered by qualified immunity. Officials can only escape this immunity if they are acting in ways that violate clearly established statutory or constitutional rights.

In terms of the wrongful death claim, someone can be held liable for another’s death only if the death is caused by negligence or a will, wanton, or reckless act. This ground is inextricably linked with the excessive force ground discussed above. As the officer was found to be acting reasonably, he therefore could not be negligent. Thus, the wrongful death claim also failed and the court granted summary judgment in favor of the defendants.

If a loved one has been killed by the negligence of another, you should contact the skilled Massachusetts wrongful death attorneys at Neumann Law Group to hold them accountable. They serve Boston, Canton, Worcester, and other areas in Massachusetts. Call them today at (617) 918-7790 or use the contact form on this website to schedule your free consultation!

Massachusetts High Court Decides Whether Pharmacy Has a Duty to Patients

Court in Massachusetts Says College Not Responsible for Student’s Suicide