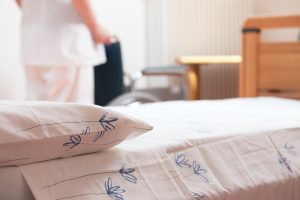 The Massachusetts Supreme Court recently decided a case about the duty of care that psychiatrists and psychiatric hospitals have to people who may be harmed by current or former patients. Specifically, in this case a man was involuntarily committed to a psychiatric hospital after acting bizarrely and making threats of violence toward family members. After he was released from the hospital he murdered his neighbor. This claim was brought as a wrongful death claim by the family of the neighbor. The neighbor’s family alleged that the hospital and the man’s psychiatrist were liable for wrongful death by negligently letting the man leave the hospital. If you have been injured or a loved one was killed due to the acts of another, you should contact a knowledgeable Massachusetts wrongful death attorney as soon as possible. You may be able to hold the wrongdoers accountable for their actions.

Massachusetts law allows physicians to hospitalize patients against their will if they have a reason to believe that without hospitalization the person would create a likelihood of serious harm due to their mental illness. The initial period for these hospitalizations is up to three days. However, the superintendent of a psychiatric hospital can initially petition for someone to be held up to six months against their will if they present a risk of harm. This involuntary hospitalization can be renewed if necessary.

In this case, on application by the superintendent, the man was ordered to be committed to the hospital for six months or until he no longer poses a threat to others, whichever came first. After being hospitalized for a few weeks and being stabilized on medication, the man’s psychiatrist determined that it was safe for him to be released from the hospital. A few weeks after the man was released from the hospital, he stabbed his neighbor to death. Her grandchild was present but was physically unharmed.

Personal injury claims are based in a theory of negligence. In the legal context, negligence means that one person has a duty to another and violated that duty, which resulted in harm. For example, drivers have a duty to the other drivers on the road to use reasonable care. So, if someone is reading a book while driving and there is an accident, they have breached their duty of reasonable care and are thus responsible for any injuries.

The court here held that the hospital and the doctor had no duty to the man’s neighbor and thus their motions for summary judgment were granted. A motion for summary judgment will be granted when there are no disputes about material facts and one party is entitled to judgment as a matter of law. Here, the court looked at legislative enactments to determine that the man’s psychiatrist and the hospital did not owe a duty of care to the man’s neighbor. The court underscored the importance of the liberty interest in individuals not being involuntarily committed to psychiatric hospitals except in the most extreme circumstances. Thus, a hospital is under no duty to keep psychiatric patients hospitalized when clinicians determine they can be released. Similarly, mental health professionals only have a duty to potential victims if there is a foreseeable risk of harm to an individual. As the court held that the harm was not foreseeable to the clinician, there is no liability for the hospital and the psychiatrist.

If you have been harmed by the negligence of someone else, you should contact a knowledgeable Massachusetts wrongful death attorney as soon as possible. The experienced attorneys at Neumann Law Group serve Boston, Canton, Worcester, and beyo in Massachusetts. Call them today at (617) 918-7790 or use the contact form on this website to schedule your free consultation!