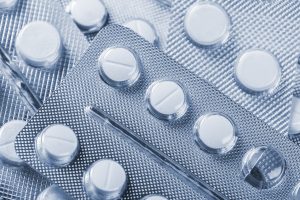 If you’ve ever seen a pharmaceutical commercial on television, you probably know that there will be a portion of the commercial where the announcer will give a long list of potential side effects from the medication. This is because drug companies have a responsibility to warn customers of potential side effects of their medication. This case involves a prescription anti-psychotic drug that was prescribed to the defendant, an inmate in a correctional institution. He is alleging that the medication he was given caused gynecomastia, which is when men start to develop breasts. In order for someone to prevail on a claim against a drug manufacturer, they – with the assistance of their skilled Massachusetts product liability attorney – need to prove some specific things.

In the United States, the pharmaceutical industry is governed by the Food and Drug Administration (FDA). Drug manufacturers have a responsibility to disclose any side effects that they have knowledge of. As side effects are considered part of taking a medication, just because you suffer side effects does not mean that you will be able to recover damages. There are only specific circumstances where a consumer hurt by pharmaceuticals can hold them accountable for damages.

Generally, if the manufacturer has complied with the FDA’s requirements for labelling, then consumers will not be able to recover damages. A big exception to this rule is if the drug company was aware of certain side effects and intentionally withheld or misrepresented this information to the FDA. That means that consumers will have a difficult time holding drug companies accountable. They will need to prove that the company knew about the side effects and intentionally misled the FDA and consumers.

Facts of this Case

As noted above, the plaintiff in this case was prescribed medication to help treat his personality disorder. He suffered side effects that included weight gain, decreased sex drive, tremors, and gynecomastia. This lawsuit focuses on the gynecomastia, as it was not disclosed as a potential side effect unlike the other side effects from the medication. The plaintiff stated that he was taunted about his gynecomastia while in and out of prison. He also alleges that he suffered from severe depression, suicidal ideation, and thoughts of self-mutilation.

The drug company moved to dismiss the case. To survive a motion to dismiss, the complaint was must state facts that if true would constitute a valid claim for relied. Massachusetts law uses the learned intermediary doctrine which means that it is the drug company’s responsibility to inform doctors of the side effects, but they do not need to tell patients. The court here granted the motion to dismiss as the plaintiff did not properly allege any causes of action. However, the court did grant him leave to try to amend a couple aspects of his complaint to specifically allege facts related to the drug company’s concealment of the side effects and the infliction of emotional distress he suffered.

It can be almost impossible to hold drug companies accountable by yourself. If you or a loved one have been injured by medication, you should contact the skilled Massachusetts dangerous drug attorneys at Neumann Law Group. They serve Boston, Canton, Worcester, and other areas in Massachusetts. Call them today at (617) 918-7790 or use the contact form on this website to schedule your free consultation!