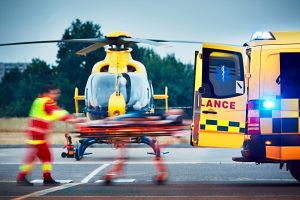 In Massachusetts, the surviving members of a victim’s family can bring a claim for wrongful death and associated damages. The victim’s estate will have to prove the elements of a negligence claim, including that the wrongdoer had a duty to the victim, breached that duty, and that breach caused the victim’s death.

The victim’s estate can recover various types of damages to help ease the complications that arise when a loved one suddenly passes. These damages include medical expenses, funeral and burial costs, estimated future lost income, the family’s loss of care or companionship, a spouse’s loss of consortium, and the victim’s pain and suffering before death. The award will be used to pay the remaining medical and funeral expenses before it will be disbursed among family members.

Do You Need a Massachusetts Wrongful Death Attorney?

If you’ve been injured or someone you know has died in a car accident in Massachusetts, call an experienced personal injury and wrongful death attorney. The Neumann Law Group can represent injured individuals in Boston and beyond and also has offices in Michigan, California, and New York. Our wrongful death attorneys have earned millions of dollars in verdicts and settlements for their clients over their careers. Contact our office at 800-525-6386 to schedule a free initial consultation with our team.