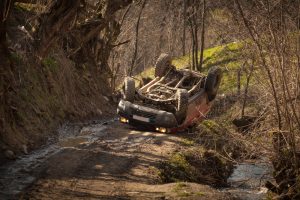 As teenagers get behind the wheel and experience the excitement that comes along with being able to legally drive, parents and families also face the task of helping ensure that their teen drivers are safe while on the roads. According to the CDC, in 2019, almost 2,400 teens in the United States aged 13-19 were killed and about 258,000 were treated in emergency departments for injuries suffered in motor vehicle crashes. Unfortunately, accidents happen every day and sometimes are unavoidable, but reminding teen drivers of tips on how to remain safe while on the road can be an important task.

In a recent news article, three teenagers were killed in an early morning crash in Brimfield, Massachusetts. According to the report, a single-vehicle crash occurred shortly before 1 a.m. and when troopers arrived, they found a Nissan Senta that had gone off the road and rolled over 40 feet into the woods. Two 17-year-old males and an 18-year-old male were all killed in the crash. According to the news article, a fourth person who was in the car, a 17-year-old male, left the scene prior to the arrival of state police. The fourth person had gone to the hospital with his own serious injuries.

For teenage drivers, there may be several factors that cause high rates of accidents. Studies conducted by the Insurance Institute for Highway Safety have shown that one passenger doubles the risk of a crash among teen drivers. Teens are more likely than older drivers to have less experience and may not be able to recognize dangerous situations according to the CDC. Driving in the dark and/or driving during weekends can present more risks, and statistics show that in 2019, 40 percent of motor vehicle crash deaths among teens aged 13-19 occurred between 9 pm and 6 am according to the CDC. In addition, reminding teens of the importance of wearing seat belts, avoiding distractions while driving including texting while driving, and reminding teens to drive at the appropriate speed and avoid speeding is very important. Finally, drinking alcohol or being under the influence of drugs before driving is illegal and should not occur in any situation.

Parents and teens should know that under Massachusetts law, insurance is mandatory, and that driving without insurance is prohibited. Massachusetts law requires that for the first six months with a license, new drivers under 18 may not drive a car with any passenger under 18 unless the new driver is accompanied by a person who is 21 who has at least one year of driving experience, holds a valid driver’s license, and sits in the seat beside the driver. Massachusetts law has an exception to the law for immediate family members so that drivers can have their siblings in the car.

Have You Been Injured in a Massachusetts Car Accident

Have you or someone you love been injured in a serious car accident in Massachusetts? If so, connect with one of our experienced personal injury attorneys at Neumann Law Group. The attorneys at Neumann Law Group are dedicated and compassionate and are ready to help you navigate complex laws and litigation during difficult times. The Neumann Law Group has expertise in helping clients in many Massachusetts injury cases, including wrong-way accidents. Call us today at 800-525-6386 to schedule a free initial consultation and discuss your case.