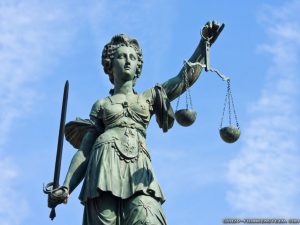 Neumann Law Group believes in justice, not only for our clients and the communities we serve, but for anyone, anywhere. On May 25, 2020, George Floyd was brutally murdered by a police officer while a crowd of bystanders begged him to stop. Three fellow officers stood by idly, while a frightened human being narrated his own death. When the video of Officer Derek Chauvin sadistically choking Mr. Floyd to death went viral, America stood witness to an act of depravity—an act so horrendous that even the willfully ignorant could no longer deny the reality of police brutality.
The gruesome scene must be viewed in context. It is easy to see Officer Chauvin as a barbarian, devoid of human compassion and fueled by hatred and racism. Except for those in the fringe holding extremist ideals, every American has denounced Mr. Floyd’s murder. But we cannot pat ourselves on the back for finding the racist and locking him up. We must act, as the videographer bravely did, or we’ll be no better than Chauvin’s fellow officers.
The nation’s problem is not Officer Derek Chauvin; racism runs far deeper than a few bad cops. While the American majority has accumulated wealth, luxury, and security over the centuries, the institutions and policies fostering that growth often did so at the expense of black Americans. Racism was once overt, as enshrined in our constitution. Then came the 13th, 14th, and 15th Amendments which were our first steps of absolution, beginning the process of ending our great evil of slavery. The Civil Rights Acts of 1964 took aim at Jim Crow and segregation. However, neither of these steps eradicated hatred. Our sordid history of systemic racism stained the very fabric of our nation. A stubborn, pernicious, and deadly illness.
END_OF_DOCUMENT_TOKEN_TO_BE_REPLACED
Contact Us