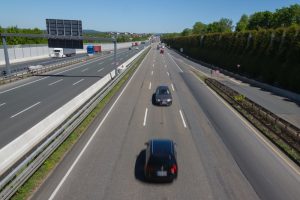 When Massachusetts drivers choose to flee from a police stop, they are putting everyone else at serious risk of harm. Law enforcement officers are required to use their judgment when responding to a driver who refuses to stop, as an escalation to a high-speed chase could put innocent citizens at risk of injury or death. A local news report discusses a recent high-speed chase that ended with several serious injuries, as the man who fled from Boston police in a pickup truck ended up on the wrong side of the highway and ultimately crashed into another vehicle head-on.

According to the facts discussed in the local news report, the suspect was driving on Route 118 and allegedly speeding, when officers attempted to make a stop. The driver refused to stop and reportedly tried to ram a police vehicle in making his escape. Later, the chase made its way to Route 195, where the driver went into the eastbound lanes while traveling westbound. Once the driver started driving into oncoming traffic, the police officers backed off. Although the police stopped chasing the driver, he continued to flee at high speeds and was eventually involved in a head-on collision. Police eventually arrived at the scene of the crash and apprehended the driver.

According to the news report, the driver of the truck has 97 arraignments on his record and was arrested for involvement in a high-speed chase in 2017. Police may have considered this information in making their decision to back off from the chase once the man entered oncoming traffic. Although police officers have a duty to enforce the law, they also must protect members of the public from dangerous situations. Police officers who are involved in a high-speed chase often need to make a decision whether to keep chasing a suspect or to let them go to preserve immediate public safety. Innocent people have been killed in high-speed chases that could have been avoided if the law enforcement officers backed off of the suspect and tried to find them later.

Seeking financial compensation from the suspect involved in a high-speed chase should be relatively straightforward if the vehicle involved was insured. In the event that the insurance coverage of the fleeing vehicle is not sufficient to compensate victims for their loss, the auto insurance of other vehicles involved may also offer coverage. If a law enforcement officer was reckless or grossly negligent in escalating a high-speed chase, a victim may even be entitled to relief from the municipality or department involved.

Finding Help After an Accident Shouldn’t be Difficult

]If you or a loved one has been hurt or died in a Massachusetts car crash, you may be entitled to significant compensation for your loss. The experienced New England personal injury and car accident lawyers with the Neumann Law Group have successfully secured substantial settlements and won significant verdicts for our clients. If you have questions about a possible case, give us a call and discuss your claim with no obligation. The Neumann Law Group represents clients in many Massachusetts injury cases, including wrong-way accidents. Contact us today at 800-525-6386 to schedule a free consultation and discuss your case.